How To Handle Being Ghosted

We are all, unfortunately, familiar with ghosting, especially in big cities with the potential for anonymity, like San Francisco and the surrounding Bay Area cities. Whether it’s happened to you directly (it likely has), or you’ve heard about it from friends, you probably have some sense of what ghosting is. You also may have some confusion as the term is used indiscriminately at time and may refer to people one has only spoken to via an app disappearing and also someone from a long term relationship disappearing without a word or a trace. In a world where everyone is glued to their phones and connected at all times, someone “going dark” on you feels like a direct affront and feels akin to someone ignoring you in plain sight when you wave at them. Even though ghosting has become extremely widespread, it doesn’t make the gesture hurt any less. In this post, we’ll look at what ghosting is, and how to deal with it when it happens to you

Ghosting, simply put, is communication in which one party has communicated with the expectation of response and doesn’t get a response.

How Common is Ghosting?

Ghosting is incredibly common. Apps and technology make it seem like there is an infinite supply of humans - as though humans and potential mates are simply that - supplies. This technology allows people to objectify others and delude themselves that the other person doesn’t really matter and can be easily replaced or easily avoided.

Why do People Ghost?

Ghosting is a common reaction to uncomfortable or complex feelings, usually by a person who doesn’t have very good skills for dealing with their emotions or communicating complex feelings (good to deal with this in individual therapy).  At it’s core, ghosting is an avoidance strategy - a way for the person to avoid dealing with their own feelings and avoid a perceived difficult situation. There are times when the ghoster may actually have feelings of interest or attraction still for the person they are ghosting, but something came up that was too complex for them to process and communicate. They may tell themselves that it is more compassionate to ghost than be direct and criticize the person. In reality, there is a way to be direct always without being critical, and this type of communication is an important skill to learn.

In some instances, like the silent treatment, ghosting can be an active attempt to manipulate the other person - to punish them or make them want the ghoster more.

Technology has made it easier to move on from perceived uncomfortable situations. Deleting text messages, blocking people, muting, etc. has created an easy way to avoid confronting all aspects of our lives.

What Happens When You are Ghosted? Why is Ghosting So Painful?

We are hardwired as relational beings - we depend on relationships to not only thrive, but even to survive. In this way, ghosting triggers survival instincts. We feel abandoned, and equate abandonment with not being able to survive. Of course, this is just our instinctive response - our mind knows that we have friends and families and other people who are here. But we experience the loss and abandonment when any person who is important to us in some way (even budding), disappears. It an also bring up feelings of worthlessness and shame because in the absence of clear information or communication, or mind will often search for causes within our control - “I must have done something wrong. Something must be wrong with me.” The ghoster is on some level, aware of this, because they would feel the same way if someone did it to them…which is what makes ghosting actually more of an unkind act than the ghoster would lead themselves to believe.

What are the Consequences of Ghosting for the Ghoster?

The ghoster imagines they can stop responding and never have to face any consequence. They may imagine they are doing the “kind” thing by not telling the other person something negative. The truth is the ghoster may not have to face their complex feelings, their shame about their inability to communicate, etc. But, the ghoster ends up with an internal burden and loss of control. Ghosting makes peopke feel worse. They predict they will feel better if they ghost then send a direct rejection text, however, studies have shown that People feel worse after ghosting than they guessed.  They also lose some of their freedom as ghosters will then go out of their way to avoid the situation that they have created.

What are the Consequences of Ghosted for the one being Ghosted?

Ghosting is painful and can be traumatic. It can lead to mental health issues, damaged self esteem, and even problems in future relationships, including trust issues, fear, and anxiety.

Ok, so the real question:

How do you Deal with getting Ghosted?

In summary, move on, practice taking care of yourself, and do what it takes to avoid becoming a ghost yourself. Practice clear communication and compassion, and reach out to friends for support. If you feel hopeless or your feelings don’t get better, find a licensed relationship therapist online or a dating coach for support and help with grieving, effective communication, and conflict resolution.

Q.1 After how long is it considered ghosting?

A. Although every relationship is unique, many people start to recognize no response is coming and they have been ghosted after about three days. Everyone has crises or can find a good reason for not replying, but if something goes unanswered for three days or longer, it is often a ghosting situation.

A. Yes. It's rude and not respectful to withhold your disinterest in continuing a relationship. The only exception to not communicating is if a person poses a threat of some type. Ghosting is an unhealthy and disrespectful.

Q.3 Why would a person ghost you?

A.  People may ghost you for no apparent reason, such as convenience, loss of attractiveness, bad feelings, or safety concerns. Ghosting is a more common act for people who score higher on the narcissistic, Machiavellian, and psychopathological scales. 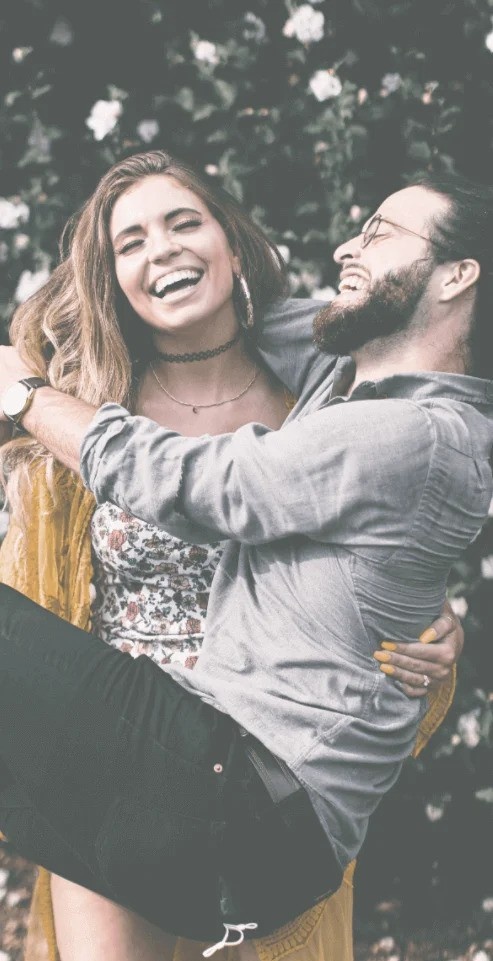 Knowing what you need and crave in a relationship, and which skills you need to strengthen in order to create your desired dynamic, are the foundations of a successful relationship. Remember — you have what it takes to make your dream relationship a reality.

Sign up here for the Dating Skills Quiz and to discover additional offerings!

Transform your dating life and create an empowering morning ritual! Grab our FREE Intention Meditation plus occasional special offers and updates sent straight to your inbox!

Sign up here for the meditation and additional offerings!